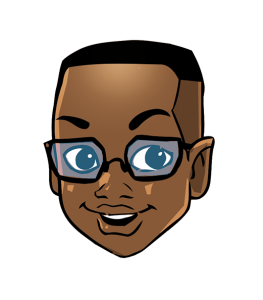 Amai patted my left hand just as I was about to put a yummy mound of sadza and delicious vegetable relish into my mouth, which was pretty embarrassing. Takao my friend from school had come home for dinner. Last time I was at his house he had showed me how to use chopsticks properly, and since he was pretty eager to learn about my traditional food, I had invited him to dinner at our place.

“Use your right hand, it’s impolite to use your left,” my mother chided me, just when I was trying to look cool.

Takao had enjoyed the whole process of washing hands, saying grace and asking the cook’s permission to start eating.

“Pamusoroi” I taught him to say with me.
“Ehoyi” Amai responded which meant we could start eating.

Amai had served the sadza in a single bowl for Takao and I to share. She said that traditionally, in Zimbabwe, people would sit in a circle and eat from the same bowl, to encourage sharing. This was news to me as I always ate from my own plate! After seeing me do it, Takao broke off a small piece of sadza and rolled it into a ball in the palm of his hand, dipped it into the soup, then picked up some relish before eating it. You eat sadza with your right hand. It is rare to see someone using a fork or spoon.

Sadza is a staple food in Zimbabwe and other African countries. In other regional languages, it is also known as isitshwala ugali, vuswa, nsima or phaletšhe. Amai makes it in an enamel black pot she brought all the way from Zimbabwe, which makes it one of her cherished possessions. Sadza is a thickened porridge that is normally made out of white maize meal, but Amai prefers sadza made from other grains as it’s healthier. So you can have:

Sadza is generally shared with an accompanying dish, which is usually green vegetable relish and meat stew (muriwo nenyama). Naniso and I love sadza nederere (sadza with okra). Making sadza is quite a skill. Amai says Naniso and I are old enough to learn how to make it – I’ll certainly let you know how we get on with that.

After the meal Takao and I thanked Amai for the meal saying “Mazvita” and washed our hands. It was fun sharing a piece of my culture with a friend. Next time I should introduce boerewoors sausages to him….YUM!

Your turn
What other sadza accompaniment do you know? You can find out more by asking your grownup.

This website uses cookies to improve your experience while you navigate through the website. Out of these, the cookies that are categorized as necessary are stored on your browser as they are essential for the working of basic functionalities of the website. We also use third-party cookies that help us analyze and understand how you use this website. These cookies will be stored in your browser only with your consent. You also have the option to opt-out of these cookies. But opting out of some of these cookies may affect your browsing experience.
Necessary Always Enabled

Any cookies that may not be particularly necessary for the website to function and is used specifically to collect user personal data via analytics, ads, other embedded contents are termed as non-necessary cookies. It is mandatory to procure user consent prior to running these cookies on your website.